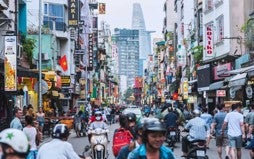 For this monthly view, an update on Vietnam’s Covid situation is warranted, given that the stock market has corrected similarly to what had happened earlier in the year. Currently, Vietnam is undergoing a fourth wave of the Coronavirus outbreak. As of July 31, the country has recorded 7,878 new cases per day on average (7-day moving average); a measure that has continued to record new highs. The total number of cases registered 150,060 as of the end of July. The country has been slow in vaccinating its population, as the ratio of population that have been partially vaccinated stands at just 5.49%; while the ratio of the population that have been fully vaccinated is merely 0.6%. The government has recently just announced an extension of the strict lockdown measures for Ho Chi Minh City (HCMC) and another 18 provinces throughout its south for another two weeks starting August 2 to try to control the outbreak. While the central coastal city of Danang and the capital city Hanoi, in the north, also have lockdown measures in place; and the authorities maybe considering extending restrictions next. Vietnam currently plans to vaccinate 50% of its population by the end of the year, and to reach 70% within March of 2022. So far, the country has secured 100 million doses of vaccines, of which, 38.9 million doses are from COVAX, 30 million doses are from AstraZenaca, and 31 million doses are from Pfizer and BioNTech. The delivery is expected to be gradually arriving within the rest of the year. 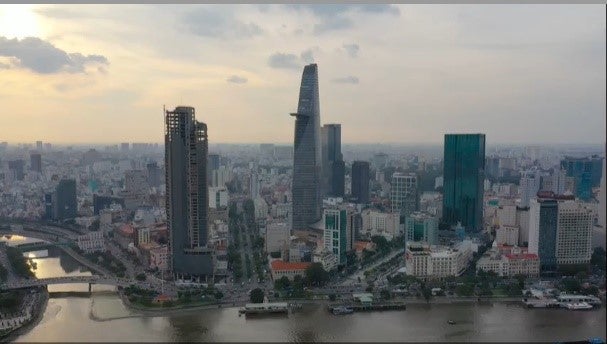 We still consider Vietnam’s attractive growth profile to remain intact. Most recently in its April 2021 World Economic Outlook Databases on April 6, the IMF had a long-term growth forecast for the country for the year 2022-2026 at 6.84% on average per year, which is considered one of the highest growth rate countries in Asia, and amongst the ASEAN members. However, in the short-term, the rising Covid cases and the strict lockdown measures are putting a dent to 2021 growth outlook; with analysts downgrading Vietnam’s

GDP growth forecast to 6.55% as of July 30, from 6.7% seen at the end of June, and 7.3% seen at the end of April. This has been reflected in the correction of the VNINDEX (Vietnam Ho Chi Minh Stock Index), which after reaching a high of 1,420 on July 2, had then decline to a low of 1,243 on July 19. The stock market index had corrected by a similar magnitude earlier in the year in January, and quickly rebounded subsequently during February onward. Even though this fourth wave may take longer to control, while awaiting the vaccines to arrive, we believe that this current quarter is the appropriate time to consider doing your DCA (dollar-cost averaging), in order to prepare for another leg of rally when the vaccination progress improves from here. The long-term attractiveness of the Vietnam economy is still very much intact. The country is benefitting from a manufacturing boom, with resources coming in to invest in the form of foreign direct investments (FDI), as multinational companies look to diversify or relocate their factories to Vietnam.

This industrialization of the economy also expands the middle-class population and the urbanization rates of many areas of the country. Also, Vietnam has the most FTAs (Free Trade Agreements) in place amongst its ASEAN members, which should enable it to benefit from a normalized global trade activities in the years ahead. All of this should also lead to better external stability and financial stability of the economy. We, thus, retain our long-term conviction for Vietnam equities. Our Vietnam equity fund, “Principal Vietnam Equity Fund A” (PRINCIPAL VNEQ-A), is very competitive and has a very good track record within the industry; and we believe should be the right fit for those looking for Vietnam allocation.